In March 2020, Brandon Pleshek’s family’s cleaning business, Pioneer Professional Carpet Care, was forced to temporarily close its doors — the first time in 40 years — due to Wisconsin’s “Safer at Home” order. The carpet care and corporate cleaning business was at a standstill for nearly three months, so naturally, Brandon, who describes himself as a “third generation janitor and clean freak,” turned to TikTok for entertainment — and a potential business opportunity.

He set up his own profile, aptly named “CleanThatUp,” and started posting older videos that had been used in the past to promote his family’s business. It didn’t take long to work through his entire catalogue, so he started filming new TikToks on his iPhone — sometimes a time-lapse as he cleaned a rug riddled with pet stains, other times a short and simple tip on how to clean a dishwasher filter. The number of views and comments multiplied by the day and to date, he’s racked up 1.1 million followers and 22 million likes.

Melissa Maker, founder of Clean My Space, started her YouTube channel in 2011, years before TikTok even existed. Shortly after starting her Toronto-based housekeeping service, her husband Chad convinced her to post how-to cleaning videos online as a way to introduce their business to a wider audience. “I remember him saying, ‘It would help get our name out there and who knows, maybe it’ll become something.’ I was incredulous, thinking, who would ever go and watch us clean,” she tells Good Housekeeping. Chad was onto something — and within a few years, their videos were reaching thousands of people around the world and turning a sizable profit.

And while Melissa relies on the basics of cleaning rather than the shock and awe of gross-to-gorgeous transformations, she’s found that her 1.79 million subscribers return to her channel because they trust that she’s “not ever going to tell them to do something that isn’t necessary.” Her videos, while longer than Brandon’s 30 or 60-second TikToks, are relatively short, sweet and to the point, often ending right around the 10-minute mark. There are standard how-tos (“How to Clean a Mattress” has just over 14 million views), product-focused guides (“7 Cool Ways to Use Hydrogen Peroxide”) and more than 500 other videos that aim “to help you clean, declutter, organize and simplify your life.”

Meanwhile, Jessica Tull has paved her own path — one that many other people (parents, especially) can relate to. She initially started her YouTube channel four years ago as a way to supplement her income as a single mom of three; now, she pulls in six figures annually by posting a mix of cleaning videos, cooking hacks and follow-me-around vlogs. Her “Clean With Me” videos took off and to this day, remain her most-viewed videos on her channel, which currently has 524,000 subscribers. She doesn’t claim to be an expert (“I’m just a mom who has to clean her house like everybody else,” she says), but her everyday approach to cleaning is what draws viewers in. She’s not concerned with educating her subscribers, but instead allows them to follow her around as she tackles the mess in her own space.

Brandon, Melissa and Jessica are three of today’s biggest “cleanfleuncers” (a.k.a cleaning influencers).

Once reserved for a tiny corner of the Internet, cleanfluencers have earned a bigger spotlight in recent years — and as a result, millions can’t get enough of the soul-soothing effect that their videos have on them. Netflix shows like Get Organized with The Home Edit and Tidying Up with Marie Kondo may set the foundation for a rise in cleaning content, but cleanfluencers are the ones tapping into the nitty gritty of the mundane, something far more achievable than what’s shown on TV. The concept isn’t new by any means — Carolyn Forte, our own director of the Home Appliances & Cleaning Products Lab at the Good Housekeeping Institute has been influencing millions of readers for decades, for example — but TikTok, YouTube and Instagram have collectively given these experts (some trained, others self-proclaimed) a way to take to their talents beyond their own four walls.

This became especially evident during the early days of the COVID-19 pandemic. Confined to their homes, many people turned to social media to cure their quarantine boredom and subsequently, search for answers to their top cleaning questions — or at the very least, relish in the joy of watching someone else do the dirty work. Searches for common keywords like “cleaning,” “laundry” and “how to clean” skyrocketed in mid-2020, according to Google Trends — and the numbers on social media reflected this newfound interest in cleaning. The #CleanTok hashtag on TikTok, which covers everything from ASMR-friendly fridge restocks to top-to-bottom room organization makeovers, has surpassed 23 billion views in the last year. On YouTube, “Clean With Me” videos dominate the Trending page each week, earning creators, like Alexandra Beuter, 60,000 views in just five days.

In between the tips, tricks and time-lapses, viewers find a sense of comfort. For some, the before-and-after transformations, often set to serene music, put their mind at ease; for others, the idea that strangers — experts, no less — are also subject to dirt and grime provides relief. “It’s a relief to know that even cleaning experts like Melissa Maker sometimes encounter UDOs (unidentified disgusting objects) at home,” someone commented on Melissa’s video titled, “Cleaning the Dirtiest Areas in My House.”

Jessica knows that people come to her channel to feel seen, not just to see how someone else lives.“People like to see a messy house. They can count on me to show exactly what my home looks like with no shame,” she explains. To ensure that she keeps things as real as possible, she never plans her filming days ahead of time; when she needs a video, she sets up her camera, presses record and cleans for five to eight hours straight. She’ll keep all the highlights in — the t-shirt stains, unmade beds, crumb-filled countertops and guest appearances from her kids — but later, edit the video down until it’s at a more digestible length, somewhere around 30 to 40 minutes.

The same goes for Melissa. At some point, she noticed that other creators were showing their spaces polished to perfection, leading her to forge ahead with her what-you-see-is-what-you-get approach. “So much content that’s available online is aspirational. We don’t want people to feel like they aspire to me — because also on my best day, my house is still a mess. We just want to put the tools out there to help them when they need it.”

Of course, social media is constantly changing — and so are the wants and needs of cleanfluencers. Videos will always be the heart of what they do, but now, many are looking for other ways to grow their business. Jessica, who recently locked in her longest-running brand partnership to date with Affresh, hopes that one day you’ll see her on your TV screen, hosting her own talk show. As for Melissa, she’s working on expanding her microfiber-focused product line, Maker’s Clean. (FYI, the Maker’s Mop won a Good Housekeeping Cleaning Award earlier this year.)

Brandon, who first started making TikToks as “a fun distraction,” says his TikTok account is on track to become even bigger than his family’s business — at least, financially. While he does earn some money through TikTok’s Creator Fund, it’s become too unpredictable to rely on for a steady income. (“It’s kind of like surfing. You paddle out there, wait for the wave, hit the wave, watch it crash and turn around to do it all again. But sometimes, you don’t even hit a wave in the first place.”) Instead, he takes a more proactive approach by reaching out to brands he already uses, including Scrub Daddy and Hoover, for sponsorship opportunities. “Cleaning is very product-based, so it’s natural to include them in videos, especially if they are the same brands that my family has been using for decades,” he explains. While Brandon wouldn’t disclose exactly how much he’s earned from brand partnerships, he coyly suggested that it’s “more money” than he ever “thought possible.”

Looking ahead, he plans to produce long-form videos on YouTube in tandem with TikToks. But even as he inches his way closer to being a full-time content creator (“That’s the goal right now”), he’ll continue to use his platform and years of expertise to help his local community keep clean (or even travel to his virtual viewers’ homes once it’s safer to do so). “It’s really opened up a door for myself and my family to understand that our cleaning techniques can really make an impact with people beyond our local community,” he tells Good Housekeeping.

And for the skeptics who think that the trend of watching other people clean their homes will soon pass, Brandon offers an important reminder: “Dust doesn’t sleep, and dirt and grime is here to stay, so I don’t think we’ll ever run out of content.” 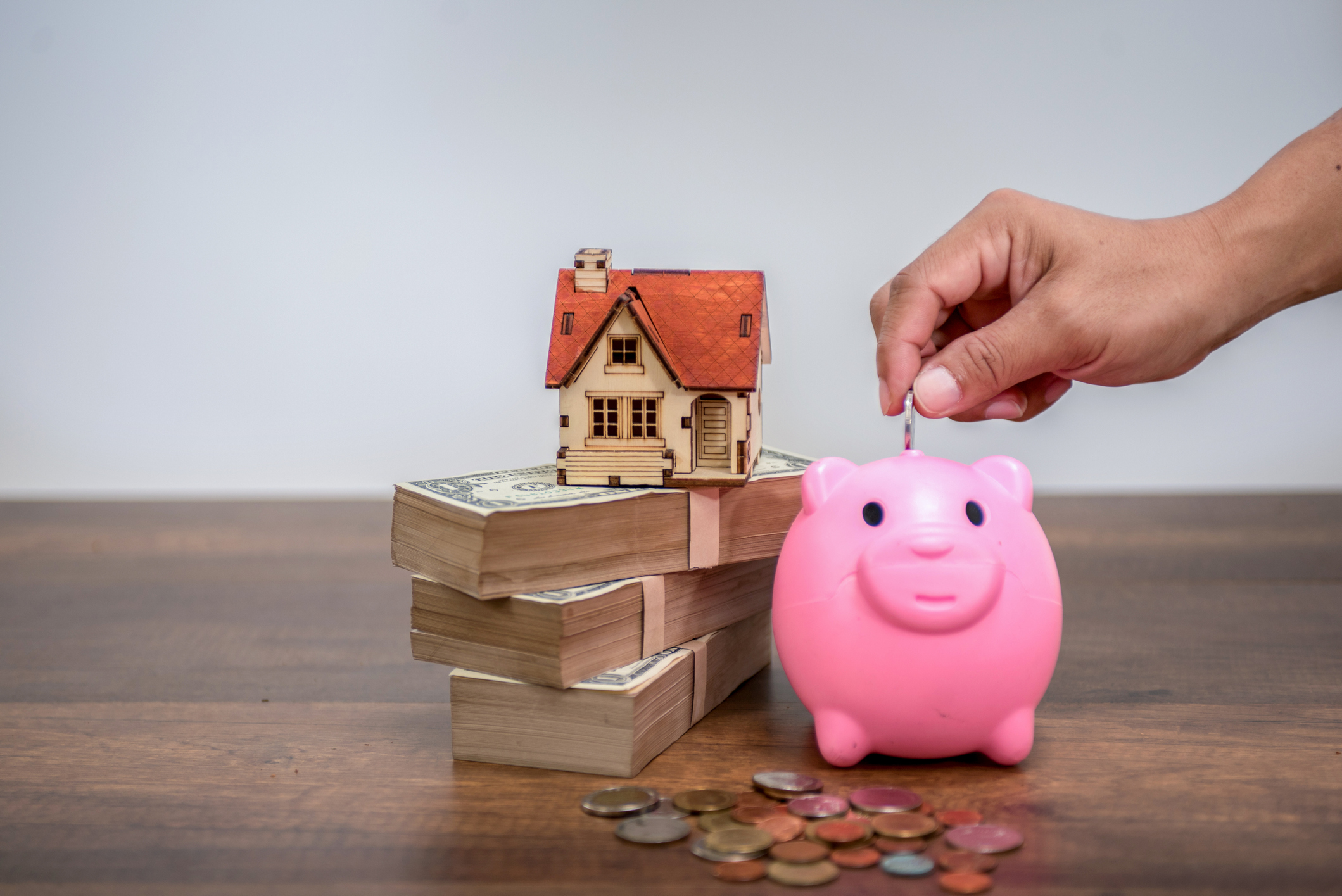 Previous post Condo Q&A: Is It Legal for HOAs to Have 50/50 Raffles?

Next post Condo Q&A: Lots of Questions About Committee Hearings